Throughout history, there have been numerous reports of time travel. While most of these instances have proven to be falsified, there are a handful of these occurrences that many believe to be true number.

5. Victor Goddard was a well-known pilot it was in the process of taking a flight to Edinburg. Just before he left ground he had made the decision to land halfway there at an old military airfield known as Drem. The flight was fairly typical and followed routines as planned. That is until Goddard began his approach to Drem airfield. As he looked down, he noticed that the airport of Drem looked as though it had been abandoned for years. The runways had been overtaken by grass and weeds and as he drew closer, he could see that cattle were actually wandering around the base. Obviously, there’s no possible way that Goddard could land here so he pressed on and simply continued his journey to Edinburg. He eventually made it there. He carried out his business and planned to return home, though on his flight he encountered some rather extreme weather.

While Goddard was considered to be an excellent pilot, he recalled that this particular storm was exceptionally difficult to maneuver and actually came close to crashing multiple times. He stated that he became stuck inside of a large cloud for what seemed like ages; though as he finally broke through it he saw an extremely bright light. He then noted that Dram airbase seemed once again quite odd. He recalled the runways being completely cleared of any debris and that aircraft were now parked on. He then made note of three airplanes in particular that he couldn’t identify – planes that he says didn’t seem to be from the present day. He then thought it was extremely odd that all of these planes had been painted yellow. They bore the correct RAF logo, but he had never seen planes of this color before. He then noticed the pilots wandering around the base, whose clothes and work attire didn’t seem to be from present day either. They were wearing blue RAF uniforms that Goddard had never seen before. It was at this point that Goddard had realized that no one in this base was aware of his presence, even though he was flying extremely low. He then began to make his way back up just as he noticed the storm had reappeared. He had no time to avoid it so he just flew directly into it, though this time it was a much less severe. 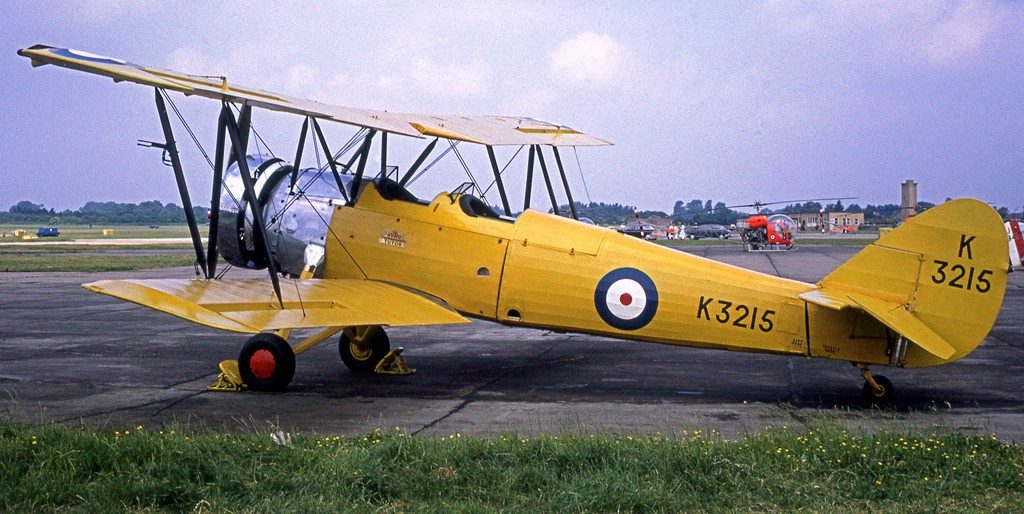 Godard eventually arrived back home without any further incident. He reported this strange occurrence to officials and his experience remains on file to this day. But here’s where this story gets odd. It turns out the yellow planes that Godard saw were, in fact, military planes, though they weren’t placed into production until 1937. Two years after Goddard’s encounter. Furthermore, the base was eventually closed in 1946 and today the surrounding areas are home to a cattle farm.

4. This next story recalls an encounter between an unknown female and dr. Raul Rio Centeno, who’s an investigator of unexplained events in Peru. Raul says that several months ago he was approached by a patient who claimed to have a case of hemipelagic. She stated that she was 30 years old that had no identification to prove it, claiming she had lost her ID.

We’re all noted that this case was exceptionally strange, as a CAT scan showed that all aspects of her body appeared to be completely normal, showing no indication of hemipelagic. We’re all asked the girl about her case to which she told him the following story. I was at a campground in the vicinity of the ancient stone forest Marcahuasi, when I went out exploring late at night with some friends. Oddly enough, we heard strains of music and noticed a small torch-lit stone cabin. I was able to see people dancing inside, but upon getting closer, I felt a sudden sensation of cold which I paid a little attention to and I stuck my head through an open door. It was then that I saw the occupants were clad in 17th-century fashion. I tried to enter the room but one of my girlfriends pulled me out. The patient then stated that as she was pulled out she felt as though her body had become halfway paralyzed, though no medical investigations showed any signs of trauma or paralysis. 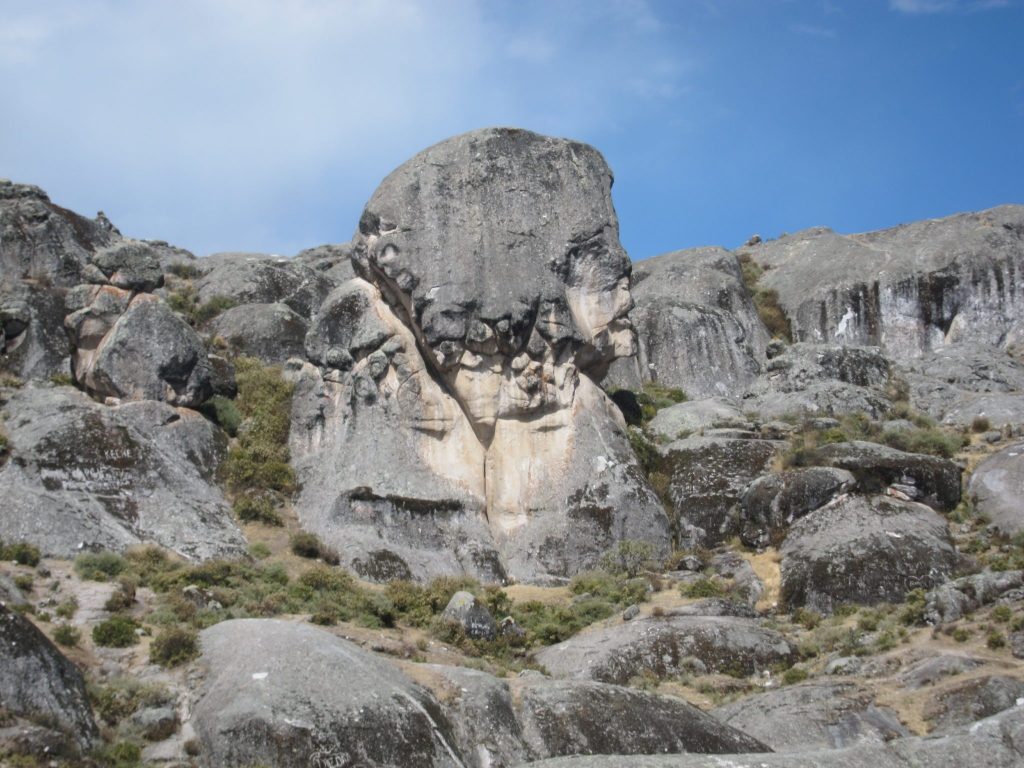 Apparently, this type of incident isn’t entirely unheard of in the Marcahuasi area. Numerous locals have reported similar occurrences in the area, with some scholars believing there exists a type of dimensional doorway. One of the questions that we’re all proposed is what would have happened to her if she had actually walked through the cabins entryway.

In Raul’s medical report on the patient, he stated that he ran a follow-up more thorough EEG scan on the patient, this time yielding slightly different results. While there were still no signs of trauma or brain or blood vessel damage, he did note that there was a small area of tissue that did in fact show signs of being previously paralyzed. The strange thing is it looked as though this was caused by the lack of electric current transmission to those areas. This finding has led many to believe that the supposed dimensional doorway emits some sort of energy that can affect the nervous system and change the way our nerve impulses are contained, which could have likely led to the cold sensation that the patient recalled feeling just before approaching the cabin.

To this day no medical or scientific explanation has been made regarding this encounter or the countless others that have taken place in the surrounding areas.

3. The following story was published in 1969 by two men by the names of LC and Charlie. The two it apparently just opened up a small business in the Louisiana town of Abbeville. While discussing their work, they began driving north on highway 167 heading toward Lafayette which was about 15 miles or so away. The trip took place around 1:30 in the afternoon on October 20th, 1969. The two described the trip as being a quote picture-perfect day in terms of weather. The highway in which they were traveling had been almost completely traffic free. That is until they spotted an old turtle back style vehicle driving up ahead very slowly. As they closed the distance between themselves and the car, they noticed it was a 1940s era car which was confirmed by the date stamp on the license plate, reading 1940. 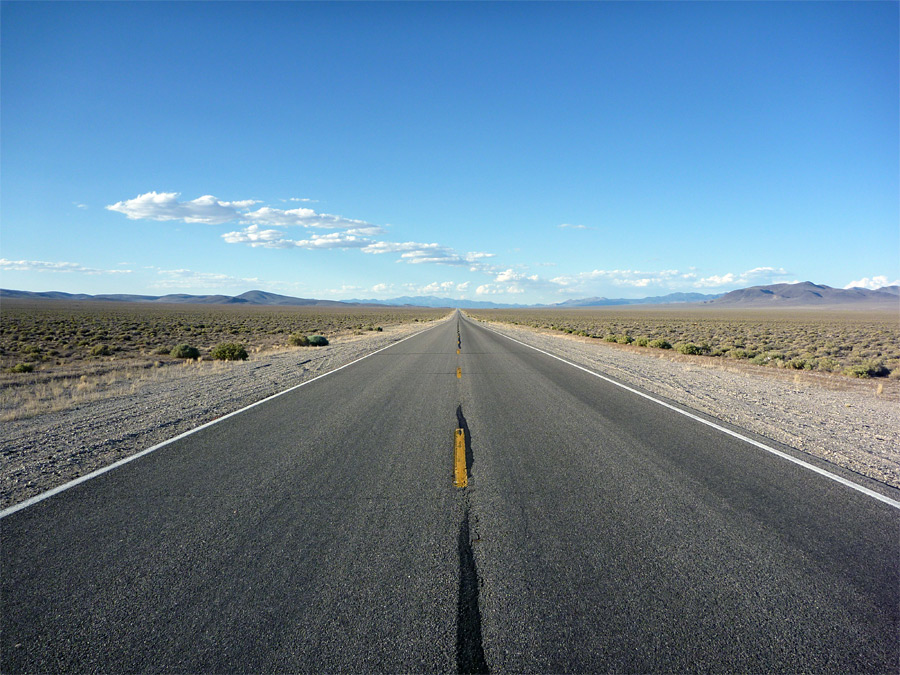 As they sped up to pass the car, Elsie noticed that the driver was a woman, wearing an authentic style 1940s dress, hat, and accessories. A small child was in the seat next to her wearing a similar outfit. As they drove up alongside the car, they noted the woman’s expression quickly turned to fear and panic as she noticed the two men. Responding to this Elsie called out to the woman asking if she needed help. she responded yes and he motioned for her to pull over. As they pulled over to the shoulder, Elsie got out of the vehicle and walked towards the direction of the woman’s car. Though as he turned around he realized that there was no sign of her. It was then that another vehicle which was apparently traveling behind the two pulled over as well. The driver of the car frantically approached Elsie and asked what happened to the older car, confirming all of Elsie’s descriptions of the vehicle and its occupants. The third man insisted that the event to be reported to police though Elsie and Charlie refused to do so, claiming that it would be useless.

To this day, the mystery has never been explained

2. On an evening in 1972, four students from Southern Utah University were driving back home to the dorm rooms in Cedar City, after spending much of the day in Nevada. It was around 10:00 p.m. and the female passengers were anxious to get back to their dorms before curfew. The group had been traveling along Highway 56, which had the reputation for being what many would call “haunted”. After taking a fork in the road that headed north, the group was shocked when seemingly out of nowhere the asphalt road turned to white cement and ended abruptly at a cliff’s edge. They then decided to turn around and head back, but notice the landscape surrounding them had drastically changed, noting red canyon walls and grain fields that had never been seen before. Believing that they had become completely lost, the group then approached a Roadhouse, just down the road. They pulled into the parking lot and looked around, their gazes landing on three humanoid figures. The girls in the vehicle then screamed and pleaded for the driver to get out of there. They then claimed to have been pursued by the three creatures on dome-shaped three-wheeled vehicles. But ultimately found their way back onto a familiar row, losing track of them. They made it back to their campus safely though no one has ever been able to explain the strange occurrence.

1. This next story takes place in 1979, in details, a strange hotel that two couples who were vacationing together experienced. The group was making their way to France headed towards Spain. After driving for a while, they decided to rest for the night in a hotel near Monte Lamar. Many of the hotels that they attempted to book were completely full so they kept traveling, eventually finding an unpaved road with old-fashioned buildings and street signs advertising the circus. In this area, the group eventually found a hotel with vacancies. They entered and realized that the hotel had no phones or elevators, the rooms had latches instead of locks, and there were no pillows on the beds. The sheets also appeared to be made out of a material that almost felt as hard as a canvas. Regardless, they decided to stay for the night. They woke the next morning had breakfast in the downstairs lobby area and saw a woman entering, clad in a 1800s style dress, followed by two police officers who were wearing pre-1905 style uniforms. They thought little of this and proceeded to the checkout counter. Though they were shocked when the bill was disturbingly cheap, claiming it to only be about 1/10 of what they expected to pay. Regardless, they said that they enjoyed their stay and plan to return to the hotel on their way back from Spain. 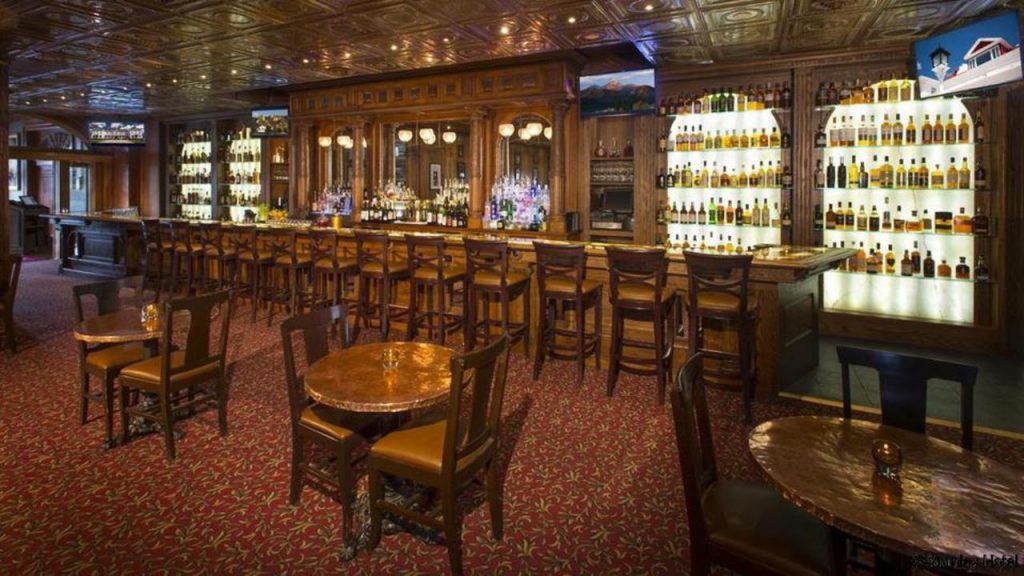 Though that’s where this story takes a turn as they couldn’t locate the hotel on their way back. Even stranger is that when they developed the photos of their trip all of the photos of the hotel were completely missing. It was like that entire portion of the trip never even happened.

This story has led many to believe that this hotel or at least the two couples may have encountered a time slip, a strange occurrence that some believed to be a naturally occurring phenomenon and which a group of people or a place accidentally slips backward or forward in time for a brief moment.

Time slips have been unconfirmed in the scientific world, though they do indeed seem to occur. But what exactly causes them and why do they exist, we may never know.