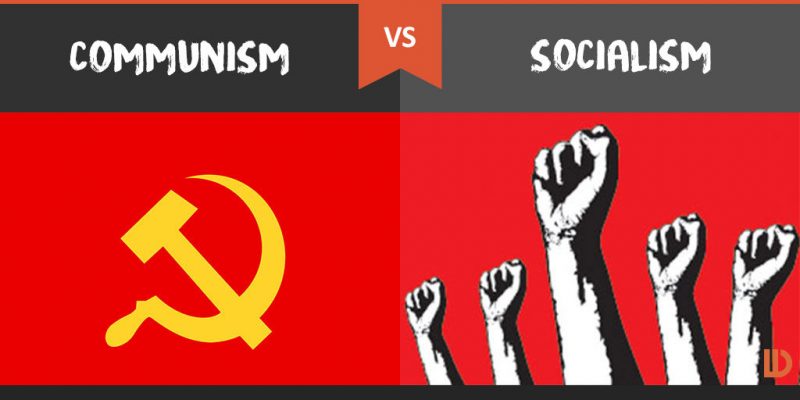 So what exactly is communism and how does it relate to socialism?

Well, it may be easier to explain what the two have in common. Both ideologies originate from a desire to limit worker exploitation and lower or eliminate the influence of economic classes in society. There are dozens of variations on both communism and socialism based on the different ways these ideologies are implemented in different countries. There is Stalinism, Leninism, Trotskyism, Maoism, and others which are essentially all versions of Marxism coupled with various styles of revolution.

Karl Marx was an economist and philosopher who co-wrote the Communist Manifesto among other foundational books on communism. In short, his theory centered around the idea that as Europe transitioned from centralized monarchies to quasi-democratic capitalist economies, workers were being exploited by those who owned the means of production. So if you work in a factory or on a farm as many at the time did, whoever owns the factory or farm is getting more out of the worker than they’re putting in. This creates an inherent inequality giving the owners who Marx called the bourgeoisie power over the workers called the proletariat.

In Marxism to fix this inequality society must shift towards a model where the proletariat holds this power instead, by collectively controlling the means of production. That’s where socialism and communism come into play. According to Marx, socialism is a precursor to communism and the next logical step after capitalism.

In socialism, a democratic state controls the means of production rather than having private companies hold ownership. Instead of competing with each other as in a capitalist society, socialism has workers contribute as much as they can to the greater good and then they all share equally in that good.

Variations of this idea are already popular within capitalist societies in the form of universal health care or social services like fire departments and schools funded by taxes. While the use of these services is unequal, everyone is equally responsible for contributing to them based on their ability or level of income. So that’s socialism.

But once the state controls all the means of production, the next step is total collective ownership not just of production, but all aspects of society and economy, including private property. The intention of abolishing private property is a classless, moneyless, and stateless society, where everyone works towards the same collective goal of being healthy, happy, and free. Everybody does what they can to contribute and takes only what they need in return.

As said before, there are no true communist countries and there have never been. Every so-called communist country is actually a socialist country, with the state controlling employment and economy to some degree. Even the widely referred to communist Russia was actually called the Union of Soviet Socialist Republics.

In short, socialism and communism are not altogether different. Rather, most schools of economics consider socialism to be a precursor to communism once the state has enough control over society and economy. But this total control is a major reason that socialist countries struggle to reach this ideal. Corruption is rampant in countries like the former USSR, Venezuela, Vietnam, in North Korea – largely due to people in power abusing that power instead of using it to help the society they control and refusing to give up that power to the people.

Nonetheless, socialist ideals have seen incredible success when paired with capitalism in countries like Sweden and Canada. The human hurdle of overcoming power and greed and government is the biggest reason we’ve never seen a true communist country.