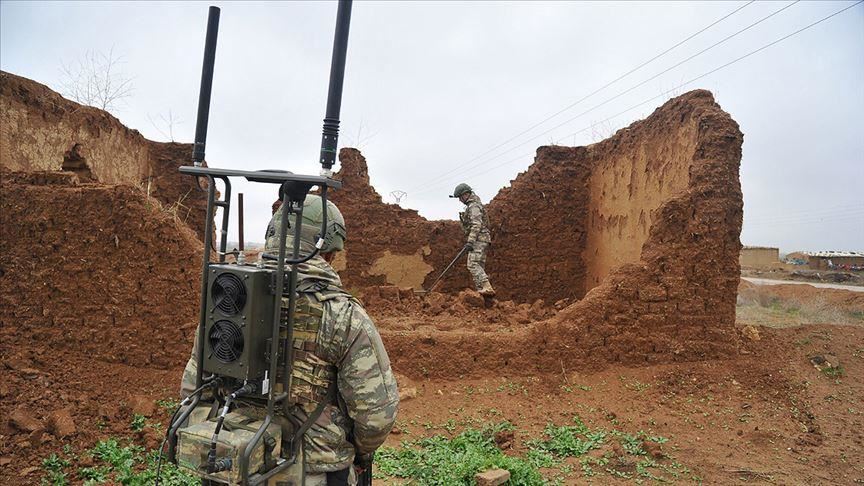 Improvised explosive devices (IEDs) have become a devastatingly regular part of modern asymmetric warfare. Widely used in Iraq and Afghanistan and beyond, these low-cost, high-impact weapons are frequently used to disrupt troops in war zones around the world.

Adapting to this new reality has meant changing just about every aspect of military engagement — from the protective tools used for direct IED countermeasures through to new safeguards measures, such as reimagined troop seats. The following are some of the ways military forces have adapted to the new reality of IED-heavy warfare.

Robots, jammers, and other countermeasure tools

The history of warfare is all about innovation intended to give troops an offensive or defensive edge over the enemy. But the prevalence of IEDs in modern warfighting scenarios has changed the types of tools developed and deployed to protect troops. For instance, electronic jammers are now frequently carried by troops. These battery-powered machines radiate high powered electromagnetic signals, capable of knocking out the connection that allows for the detonation of radio-controlled explosives.

In other cases, high-tech countermeasures to clear IEDs involve technologies for generating a pulse of electromagnetic energy that doesn’t just block radio signals, but actually prematurely detonate mines or else neutralize them by destroying their circuitry.

Similarly, technologies such as ground-penetrating radar and x-ray equipment are increasingly used to uncover IEDs in a variety of settings in order that the improvised explosives can either be avoided or, where possible, safely disposed of. More recently, sensors such as the Laser-Induced Breakdown Spectroscopy system (LIBS) have been developed to sniff out traces of common explosives used in IEDs from around 100 feet away.

Even more attention-grabbing are unmanned ground vehicles (UGVs), referring to solutions such as the “Talon” tracked bomb-disposal robots. Equipped with a mechanical arm for inspecting and removing IEDs, upward of 100 of these robots, commanded via remote control, have been deployed in places like Iraq and Afghanistan. Robots like these promise to carry out anti-IED countermeasures without putting human troops in harm’s way.

Military vehicles have also changed to herald the arrival of IEDs in battlefields. As their name suggests, Mine-Resistant Ambush Protected (MRAP) military light tactical vehicles were a direct response to the increased number of mine ambushes faced by modern light armored vehicles.

Prior to modern MRAP vehicles, light tactical vehicles used by fighting forces such as the U.S. Army were typically flat-bottomed Humvees, which proved particularly susceptible to devastating attacks from road-based IEDs. Attempts to protect Humvees typically involved DIY measures such as piling sandbags on their floors to dampen the effects of potential explosions. It rarely worked in a satisfactory manner.

MRAP vehicles like the International MaxxPro meanwhile incorporate innovative upgrades such as V-shaped hulls to deflect blasts away from the crew. The results have proven to be a game-changer — offering the same lightweight, maneuverable advantages as previous light tactical vehicles, but with significantly better protection for safeguarding against threats.

The advent of new types of explosive attacks, even ones as comparatively low-tech and low-cost as IEDs, means new types of armor must be invented and developed. These vary significantly depending on how they are designed to protect troops.

For instance, bomb suits — referring to heavy suits of body armor intended to protect the wearer against the kinetic force of explosions and any ensuing debris — have been used since at least World War II. However, the advent of IEDs as a common presence on the battlefield has led to major developments during the past two decades. Modern bomb suits take advantage of new types of protective materials intended to spread the force of a blast throughout the suit, while deflecting force and rebelling shrapnel and secondary fragmentation. At the same time, these newer suits emphasize greater levels of dexterity and mobility on the part of the wearer, alongside integrated communications systems, temperature control, and more.

Options increase when it comes to new types of armor for protecting military vehicles. (In an age of IEDs, there is more emphasis on travelling in vehicles, particularly along stretches of road.) While new types of armoring can help protect these vehicles against IED attacks, there are other innovations as well.

For example, blast-protecting troops seats are now a standard part of contemporary light armored vehicles. These seats are designed to shield crew members from the impact of IED blasts and other underbody explosions which can be devastating for troops travelling in military vehicles. Even if an explosion does not breach the vehicle in question, the resulting shockwaves can result in major injuries or even death.

Redesigned seats are just one part of the puzzle when it comes to the protection offered by modern military vehicles. But they highlight how every piece of military equipment has had to be reimagined for a world in which improvised explosive devices pose a major threat.