By the most widely accepted definition, craving is “the desire to experience the effects of a psychoactive substance that has been previously tested”. Today, manuals for diagnosing mental disorders give craving a prominent place in the addiction clinic.

ICD-10 states that “the characteristic manifestation” of dependency syndrome “is the desire (often strong and sometimes insurmountable) to ingest psychotropic substances” … This definition seems to indicate that craving is a necessary criterion, although not enough to diagnose the disorder. However, in the guidelines for the diagnosis of ICD-10 dependency syndrome, the intense or persistent desire to consume a substance is a criterion that is neither necessary nor sufficient.

The clinical significance of craving determines that its exploration is inescapable during the clinical interview of drug-dependent patients. This practice has generated a long series of questions and controversies that have captured the interest of various research groups. It is necessary to clarify if the desire to consume is specific for each substance and if the presentation of the symptom is continuous or episodic. The influence of affective states on craving is also debated.

On the other hand, there is a tendency to think that there is a significant mismatch between the experience of craving and its verbal expression. Furthermore, it is considered that in many cases there is also a dissociation between craving and consumption behaviors.

In most of the clinical trials currently being carried out to assess the efficacy of a drug in the treatment of drug dependence, craving is included among the outcome variables. Analog visual scales are often used in such studies to measure the symptom. Fortunately, this procedure is gradually being replaced by more sophisticated valuation instruments. This article focuses on the measurement of the craving for illegal psychoactive substances, mainly cocaine and opioids. 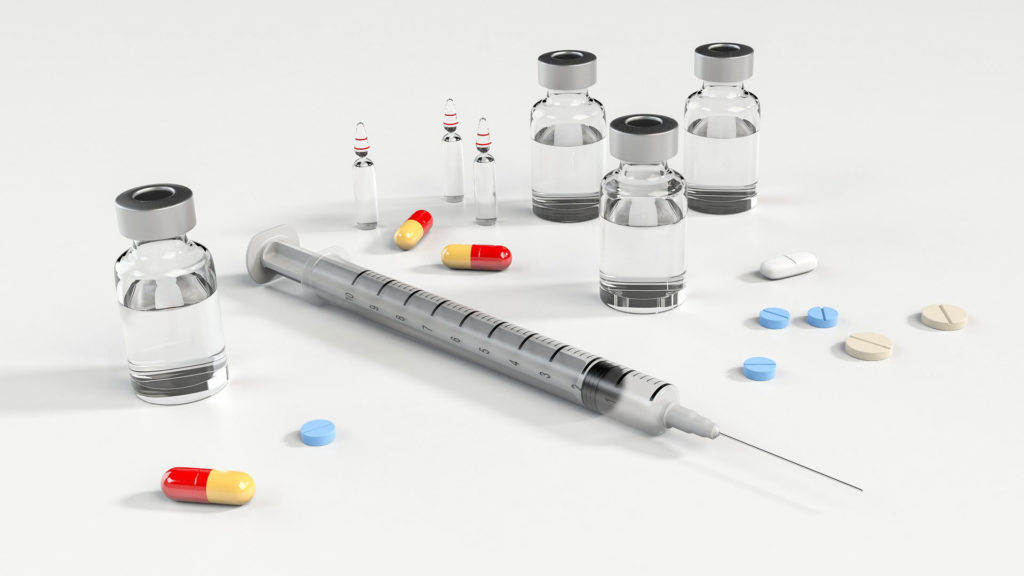 The craving as cause and effect of consumption

The decisive role attributed to craving in the etiology of consumption has its origin in the Aristotelian conclusion, deeply rooted in our culture, that acting requires a desire. According to this line of thinking, craving is the cause of both relapses and the continuation of compulsive consumption.

If the patient has easy access to the substance they consume, they do not feel desire. This appears when the consumer finds obstacles of any kind to dispose of heroin, for example. Then the desire enters a relationship of potentiation or inhibition of consumption. The craving powers consumption when the patient does not want to stop using the substance. This produces the so-called “desire to avoid abstinence.” The «desire to promote abstinence» arises when the patient seeks to control his addiction and craving strives to inhibit consumption.

The best-identified causes of craving are withdrawal syndrome and exposure to related signs. In this way, a circular sequence of events is closed that begins with the consumption of a certain substance for a sufficient period of time. Consumption is complicated by the appearance of withdrawal symptoms and the conditioning of environmental signals. These phenomena are followed by a desire to consume increasingly stronger and insurmountable. According to the point of view, this desire would be the immediate cause of the 2 characteristic behaviors of addiction: the search for substances and the maladaptive pattern of consumption.

The craving is cognitive dysfunction. That is an alteration of the mental functions that precede and give rise to observable acts. More specifically, it can be stated that craving is a subjective, motivational and prospective process.

The patient’s own verbal self-report is the only way to access their subjective experience of desire. During this experience the emotional state is dysphoric. To describe their condition, patients choose adjectives such as tense, restless, anxious and frustrated.

The tension described by the patients is related to the fact that craving is motivational, that is, it encourages behaviors. In this aspect, the experience lived by the patients could be described as impulse, inclination, tendency, propensity or proclivity.

The process of preparing for action is accompanied by intense cognitive prospecting activity. Consumption and obtaining the desired effects are future-proof. Consequently, the individual examines the way of obtaining and consuming the substance and anticipates the result of the consumption. The forward-looking activity gives the action a plan and direction.

Observable phenomena occur around the subjective experience of craving. Vital signs are changed with emotional activation. In addition, behaviors usually occur to neutralize dysphoria. These behaviors can be directed towards consumption or towards the maintenance of abstinence.

They are fundamentally the search and approach to the preferred substance and the consumption or introduction of the product in the body. Consumption includes a set of variables that can be used separately such as the magnitude of the dose and the frequency and speed of administration.

Behaviors not to consume

It is logical to infer that the behaviors that are set in motion to deactivate the desire to consume, without satisfying this impulse, are proportional to such desire and constitute an indirect manifestation of it. The non-consumption behavior that most clearly reflects this goal is the physical withdrawal from the substance of choice. In detoxification units it is observed that to decrease craving, some patients tend to reduce activity and others to increase it. Ways of reducing activity are relaxation, meditation, hot baths and, if possible, sleep. Sports, games, eating food and spending money when the patient is not hospitalized are the most frequently observed varieties of increased activity.

Very unspecific variables are often proposed that have been used as correlates of stress or anxiety. Examples of this type of manifestations are heart or respiratory rate, blood pressure, temperature and skin conductance. Pupil size or yawning may be a more specific measure of the desire to consume, but these variables have hardly been explored for this purpose.

This assessment is made by asking the patient directly about their desire to consume. The answer is usually collected using a visual analogue scale 100 mm long. At one end of the line is the heading “absence of desire” and on the other “very intense desire”. The patient responds by drawing a vertical line at that point that best reflects the intensity of the craving.

The biggest advantage of analogue visual scales is the speed of the assessment. For this reason, they are very useful for evaluating transient and fleeting states such as caused craving. However, asking the patient directly about his desire to consume, without operating the contents and mental processes covered by such desire, is a serious inconvenience. This lack prevents any analysis of the internal consistency of the measurement results.

The phenomenon of desire can be broken down from different points of view and in multiple aspects. For example, the psychopathological model of the obsessive idea can be applied to craving. Thus, the ideas, thoughts, impulses or images related to drinking alcohol are comparable to the obsessive ideas that characterize obsessive-compulsive disorder. From this point of view, the patient of the alcohol detox center can be asked how long the drinking ideas occupy them, to what extent they interfere with his normal activity and if they cause discomfort. Other dimensions that can be explored are the patient’s attitude towards the rejection of these ideas and the degree of success obtained when he / she intends to discard them.

It is one of the pioneering instruments of valuation of craving. It consists of a visual analog scale in which the patient is asked directly about their desire to consume. This scale, after the appropriate correction, is currently applied to assess the craving for any substance.

It is a multidimensional scale that assesses the intensity, duration, and frequency of cocaine craving episodes during the last week. In active cocaine users, these episodes last less than 20 minutes and appear twice a day, approximately.

These are multidimensional assessment instruments developed from the experience obtained with the Questionnaire on smoking urges. The 5 dimensions of heroin or cocaine craving that are measured are desire to consume, intention to consume, anticipation of a positive result, anticipation of relief from withdrawal syndrome or dysphoria and perception of lack of control. Both questionnaires are made up of 45 questions (9 questions are dedicated to each dimension). There is a version to assess craving at the current time and another to evaluate it during the last week.

The desire to consume psychoactive substances changes due to the influence of internal and external factors on the patient suffering from an addiction. For this reason, the results obtained when measuring the craving can only be interpreted correctly if the circumstances in which the measurement was carried out are described in detail. In the same way, this measurement will not be reliable if the variables that can profoundly modify desire are not strictly controlled. These variables are described below.

In the person’s natural environment

The craving increases with normal exposure of the patient to stimuli related to consumption.

In a controlled environment

It is produced by exposure to stimuli related to the consumption of the substance. The effectiveness of craving provocation depends on choosing the stimuli that are most significant for each person. When describing the measurement conditions it should be specified whether the exposure is imagined (covert) or in vivo. The method of measuring the caused craving must be very fast.

It is the one that arises without professionals making a systematized exposure to related stimuli.

Patient’s status regarding substance use

It is very important to specify if the patient maintains his habitual pattern of consumption of psychoactive substances or is in forced withdrawal from any of them. This circumstance usually occurs during craving valuations in a controlled environment. Such a specification is unavoidable if the patient suffers from polycytomania.

It has not been demonstrated that there is independence between the different craving s that a person presents to each one of the substances that they consume. The clinical impression is that, on the contrary, there is a close relationship between the different desires. According to this hypothesis, the prohibition of smoking tobacco during a stimulus exposure session could significantly influence the assessment of cocaine craving .

Type of treatment followed by the patient

During such programs, default measurement errors are more likely to occur. Patients who follow this form of treatment have a tendency to minimize the desire to consume to meet the expectations of improvement of the patient himself and his therapist.

In this case, there is a risk of excess measurement errors. The tendency of patients during these maintenance programs is to overvalue craving to obtain higher doses of agonist agents.

It is accompanied by a «desire to promote abstinence». As a consequence there is a dissociation between intention and desire to consume. The question that this line of reasoning raises next is whether, as the intention to consume is reduced, the desire to consume changes quantitatively or qualitatively.

In this circumstance there is a “desire to avoid abstinence”. In this state, the intention and desire to consume are closely related.