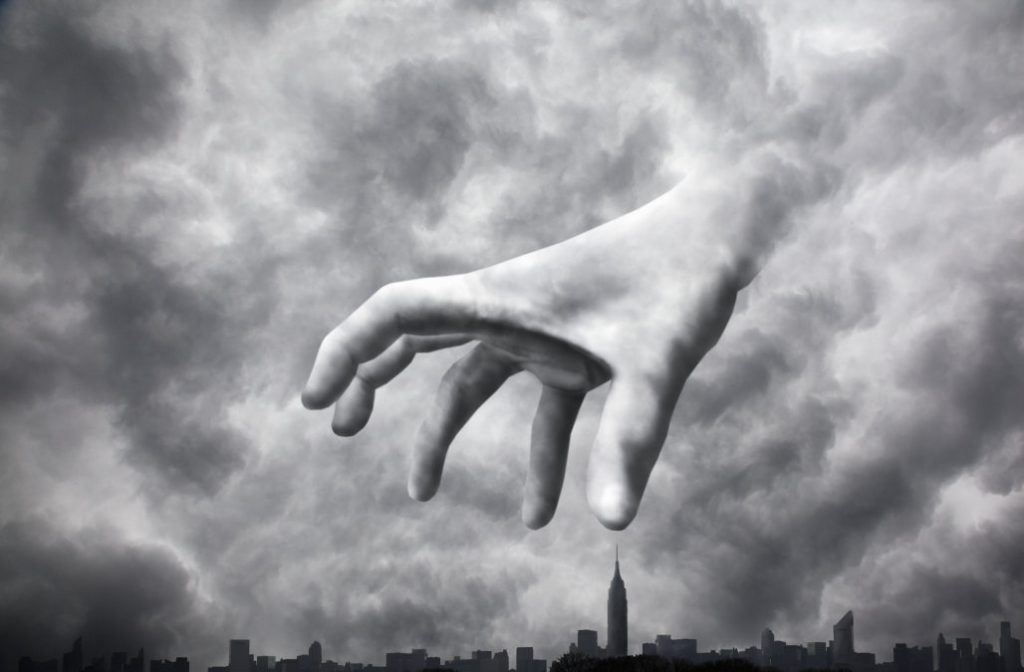 The Cuban Missile Crisis is rightly remembered as the closest the world come to deliberately launching nukes at each other. But while Kennedy, Khrushchev and Castro were all planning every move with extreme care, a blunder in Minnesota almost brought the three to blows for the dumbest of reasons.

On October 25 1962, a security guard at Duluth Air Base stopped an intruder trying to scale the fence. The guard quickly activated the alarm but set off the wrong one. Instead of setting off the Intruder alarm, he set off the Oh God, It’s Time To Nuke Everyone alarm.

Pilots immediately started running to their jets and rushing down the runway. Luckily, those in command realised what had happened and sent a truck speeding after them, flashing its lights at them. Which, as the Rules of the Road will tell you, is the universal signal for Pull Over And Unload Your Vehicle’s Nukes. The jets were all stopped in time, but surely there was still that intruder to worry about, right? Nope, turns out the trespasser who nearly ended the world was just a friendly bear.

We all love booze. But did you know it nearly destroyed the Earth one time? Every year harvests around the world leave behind an incredible amount of plant waste. A German biotech firm decided it wanted to do something about it. So they took K planticola, a bacterium that decomposes plants and occurs in all known plant life, and re-engineered it so that it fermented the waste as it broke it down. That would turn all plant waste highly alcoholic, suddenly making it useful as biofuel or fertiliser. Or, you know, just good old booze.

The big problem there is fertiliser. Unfortunately, the bacteria didn’t die after one cycle of plant life, meaning all crops fertilised with this new miracle bacteria would immediately start fermenting and die of alcohol poisoning. The result would be massive crop failure and a worldwide starvation. What’s even scarier is how close this came to happen. The scientists responsible basically skipped all the testing stages and were ready to release the bacterium as soon as they could market it. Basically, if they’d thought of a jingle faster we’d all be dead. It’s only because of independent last minute testing performed by a concerned Green Party member in Oregon that we realised the scientists had essentially created Famine In A Bottle.

On November 9th 1979, a lowly staffer at the North American Aerospace Defence Command, or NORAD, base was running a simulation on what would happen if the US was suddenly attacked by 1,000 Soviet missiles. Because apparently you need a simulation to tell you that being hit with 1,000 nuclear weapons would be a bad thing.

Regardless, the staffer didn’t realise the simulation was hooked up to the NORAD mainframe. That meant the US’s premier missile-spotting service suddenly went from seeing nothing to thinking the USSR had just lobbed 1,000 nukes at them.

National Security Adviser Zbigniew Brzezinski was called, and the President’s Airborne Command Centre was readied for take-off. In fact, the command centre’s pilots were so panicked they took off without President Carter onboard. After 12 tense minutes, and with Brzezinski on the brink of ordering a counter-attack, the guys at NORAD realised that no missiles were appearing on the radar. The incident was confirmed as a false alarm, everyone relaxed, and the Airborne Command pilots had to land to what was probably a very angry Carter.

In case you haven’t realised by now, the Cold War was 44 years of America and Russia taking it in turns to almost end the world. So, it’s nice to know the USSR occasionally took a break from nearly killing everyone with nukes to nearly kill everybody with a giant drill.

In a plan that sounds more like a Batman villain’s scheme than real scientific research, the USSR legitimately tried to drill to the centre of the Earth. Presumably, so they could collectivise all the lava and send the dinosaur bones to work camps.

In 1970, the Soviets started digging the deepest hole they could in the Kola Peninsula. This caused international alarm, as it was feared that digging too deep would cause mass tectonic displacement. That would accidentally triggering non-stop earthquakes, volcanoes and landslides across the world.

Fortunately, the Soviets never got that deep, and the project was cancelled in 1989. After 19 years they’d burrowed 2,262 metres, around 0.2% of the way to Earth’s centre.

While most of the mistakes in this video have been pretty direct, this error is more of a long-term oversight. You see, while it may not be as attention-grabbing as crazy scientists drowning the world’s food supply in vodka or digging a hole straight to Satan’s house, the under-regulation of flu testing is just as dangerous.

Yes, I know what you’re thinking. “Who cares? The flu is just an excuse that hungover people use to get a day off school after the Super Bowl.”

Well, in 2011 a scientist named Yoshihiro Kawaoka decided to create a strain of flu that could by bypass the human immune system. That would make our bodies completely unable to protect us from the virus. Though supposedly intended for researching a cure and not holding the world to ransom from his evil lair, other experts were quick to warn that the decision would “leave the global population defenceless” if the strain ever left his lab. And no wonder: the most similar strain of flu killed 500,000 people in 2009 before humans built up a resistance. Even worse, the lack of proper regulation in 2011 allowed two Dutch researchers to create a version of the virus that could wipe out half the planet.

The scientific community has since accepted its blunder, with the White House even bringing in a moratorium in 2014, banning all flu research until further notice.

In 1961, America’s Strategic Air Command centre in Wyoming suddenly stopped communicating with the Pentagon. Considering the SAC is supposed to notify the US military of incoming missiles, that was a pretty big deal.

Everyone automatically assumed the site had been bombed as part of a preliminary strike before a nuclear attack. After all, if you wanna turn your enemy into a Mad Max-style wasteland but don’t fancy becoming one yourself, it helps if they can’t see the attack coming until nukes start head-butting Washington.

The Pentagon responded to this perceived attack immediately, scrambling their B52 bombers and putting their missile silos on full alert. As they decided whether to not to launch their missiles, one of the B52s happened to fly over the SAC centre and notice it wasn’t a smouldering bomb crater.

So, why hadn’t the SAC been responding? Well, all the telephones connecting them to the Pentagon ran through one relay station in Colorado. A motor at that station had over-heated, essentially blowing the fuse on all the SAC phone lines.

You’d be hard-pressed to call Global Warming in general an accident. After all, our species has spent decades turning a collective blind eye to the fact the planet is melting. But to be fair we really didn’t know how bad CFCs are for the environment when we started using them.

CFCs, or Chlorofluorocarbons to those of you who like long complicated science names, are are a type of organic compound used in the creation of pressurized gas. After their discovery in the 1930s, CFCs became near ubiquitous in deodorant, hairspray, and even air conditioning units. It wasn’t until 1970s that the world discovered that CFCs don’t just stop your armpits smelling, they also kick the ozone layer to pieces.

One atom of CFC can destroy 100,000 atoms of ozone, and CFCs are thought to be 5000 times as damaging to the environment as carbon dioxide.

The Montreal Protocol in 1987 banned CFCs. But by then 20% of the global ozone layer had been destroyed and as much as 65% of the ozone above Antarctica had been wiped out.

Had the use of CFCs continued, there’s no doubt that global warming would already be reaching catastrophic levels.

Since 2008, the Large Hadron Collider has been smashing particles against one another in a high stakes battle royale of science. Yep, that’s exactly how a physicist would describe what’s going on there. People have long feared that the research done at CERN could accidentally create a Black Hole that would engulf the entire planet. And while we’re avoided that danger so far, it’s not exactly comforting to know that the whole thing was once brought to a shuddering halt by a piece of bread.

In November 2009, the 27 kilometre Collider started to overheat. Scientists shut it down and went to investigate the problem. After several hours of searching, they found a pigeon hidden away on one of the outdoor panels, tucking into a piece of baguette.

Luckily, the Collider was only conducting a test run at the time. Had it been firing at full capacity, the overheating could have caused the collider to breakdown or, worse, messed with Hadron’s incredibly precise conditions. And that could have done anything from creating a Black Hole, to releasing enough energy to cause widespread earthquakes.

By the end of the Cold War, America and Russia had blown a combined $11 trillion on nuclear weapons. With all that money being pumped into InterContinental dick measuring, you’d at least hope they didn’t scrimp when it came to keeping track of each other’s missiles.

At 2:30AM on June 3rd 1980, NORAD’s computer screens flashed to life with a terrifying message: that there were 220 Soviet nukes hurtling towards America. The call went out to Brzezinski again, who decided to retaliate and started to call President Carter with that advice.

As Brzezinski was dialing the White House, someone at NORAD realised that no missiles were showing up on the radar. That’s when someone pointed out it made no sense for the USSR to launch just 220 of their 16,000 nukes at America. After all, there’s no foreplay in nuclear war.

The treat was dismissed, and three days later technicians at NORAD realised that a computer chip had malfunctioned and started showing 2s instead of zeros. Maybe the screw-up would have been avoided if the US hadn’t cut corners on the part of the computer that says whether or not World War III has started. According to NORAD insiders, the chip cost a grand total of 46 cents.

By 1995, the Soviet Union had collapsed and the Cold War was over. So we should have been fairly safe from nuclear annihilation right? Wrong.

On January 25th, US scientists launched an observation rocket from the northern Norwegian coast. Their aim was to study the Northern Lights up close. But what they almost did was start World War III.

When the Russians saw a rocket suddenly appear right on their border, they understandably started to panic. The nuclear suitcase was brought to Russian President Yeltsin, and actually opened for the first time. Yeah, we made it through the entire Cold War without the Soviets putting their finger on the button but we almost all got blown to pieces because some scientists wanted to look at a green sky stain.

After readying the nuclear button, Yeltsin was given 10 minutes to decide whether or not to start the apocalypse. We kid you not, 9 of those minutes passed by before the US rocket suddenly dropped into the sea and the Russians could relax.

None of this should have happened by the way. The US warned Russia about the Norway test in advance, but a lowly Kremlin employee forgot to pass the message on.