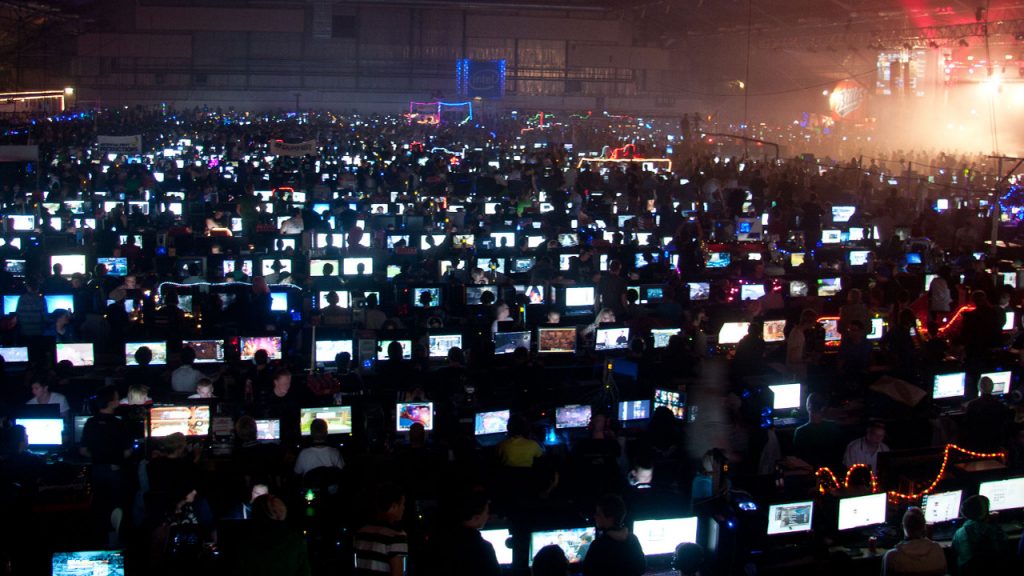 Most gamers often wish that their avatar in their respective favorite games actually looked like them. Well, this wish came true. Using 3D cameras and advanced scanning technology, gaming systems are now capable of picking the distinctive features of a players face and transferring them onto the gaming platform to create a character that looks like the player. Furthermore, the technology can even capture the facial expressions of the player and display them accordingly as the player is immersed in the game. Intel’s RealSense 3D camera takes things to the next level; it can sense a player’s motion and transfer it onto the player’s character in a game, making gaming more interactive and interesting for the player. This is where this technology is as far as the year is concerned. You should expect even more interesting and interactive technologies in the future, particularly in the realm of Virtual Reality and Augmented Reality.

Concepts of Virtual Reality (VR) were introduced as early as the 1860s and the actual implementation of the idea has been in development since the 1950s. Nearly a century later, we are still struggling with creating an ideal virtual environment where we can get lost in but since 2015, significant progress has been made in this area. Sony, Disney, HTC, Facebook, Google, Apple, Microsoft, Amazon, and Samsung are the major players among other 230 companies that have invested heavily in this technology.

VR is particularly geared toward taking the gaming experience to the next level. Instead of controlling a game character, you become that character and what you do is what he or she will do. Perhaps the one place VR is making the largest impact is in virtual casinos. Rather than players playing in virtual slots online, they get to have the actual feel of being in a casino with a three-dimensional space. It is a far much more fulfilling experience than just playing around with slots on a screen. As far as 2018 is concerned, casinos like Slots VR Casino, Casino VR, and Slots Million Casino are the only casinos that have provided VR technology for their clients. Moreover, roulette online, blackjack, and poker variations are the only slots that are available on this platform. I used casinos here as an example because they are one of the aspects of gaming that will thrive the most out of VR. Most people want to go to Las Vegas but they can’t. With VR, they can eat, sleep, drink, and even get married there over and over – albeit virtually.

Augmented Reality makes things even more interesting by merging the physical world with a virtual one. Gamers get to have an amazing experience in their physical world. The concept of introducing virtual objects in a physical space is a particularly fascinating one for most gamers as it was seen with Pokémon Go.

Yes, smartphones have been around for a while but do you get the impact they have had on the gaming industry, particularly with the touch screen technology getting better and better with each passing year? Smartphones and tablets mean that gamers no longer have to be in one location to enjoy their games since they can play from wherever they are. In the house, they can play in whatever room they are in. In the world, regardless of where they are, they get to play their games. 2018 has seen mobile games becoming more and more popular among gamers. Even people who are not so inclined toward gaming are starting to pick an interest in games. Game developers are creating more mobile games and even ones that can be played on both consoles and mobile platforms. This gives players the ability to switch between devices where necessary. Companies like Sony are merging their mobile platforms with their consoles to extend the playground for gamers. Now PlayStation 3 owners can use their PlayStation Vita as a joystick to play games on the PlayStation 3, and there are games that can be transferred between the two platforms.

There are other technologies that are transforming the gaming industry in 2018 like voice-control, cloud gaming, wearable gaming experience, eSports, among others. However, the above three areas are the major ones that have the biggest impact in the gaming industry so far. The others have their place but will be more effective in the years to come.